◄ Situation of people in Syria and Turkey

Accused by Amnesty International, on Wednesday, Turkey arrested dozens of refugees illegally and pressure them to return to the "conflict zones," it said in a report titled "Keeper of Europe". The Turkish authorities take the migrants to the isolated detention centers where they are held incommunicado, adding that there were reports of ill-treatment, including beatings.

When refugees live in Turkish cities, they have to search and search till they find a house, and this is so expensive for rent and they must pay it themselves.

For this they have to work at least 10 hours at day.

Of course, it is hard work!

Most of the heads of the action do not give the Syrian full salary, or even tell them there is no money for them.

It forced thousands of Syrian refugees in Turkey to work for low wages in agriculture to provide for a living, many of whom are living in harsh conditions at the edge of fields amid a lack of basic services, let alone exploited by employers for them, as shown in the following image. 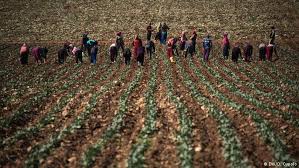 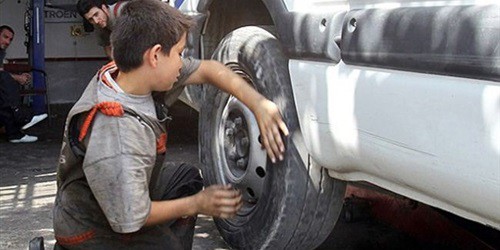 And when you go to the police they can not do anything because they don't have a labor contract.

Most Turks are not sympathetic to the refugees because they think they just come for the money and not because of the war in Syria. The rest of them are dealing with the refugees very gently.

How would you behave yourself as a Turk?

As the Germans deal with the refugees with courtesy

I'll do whatever I can do to help them because they are ultimately humans like me.